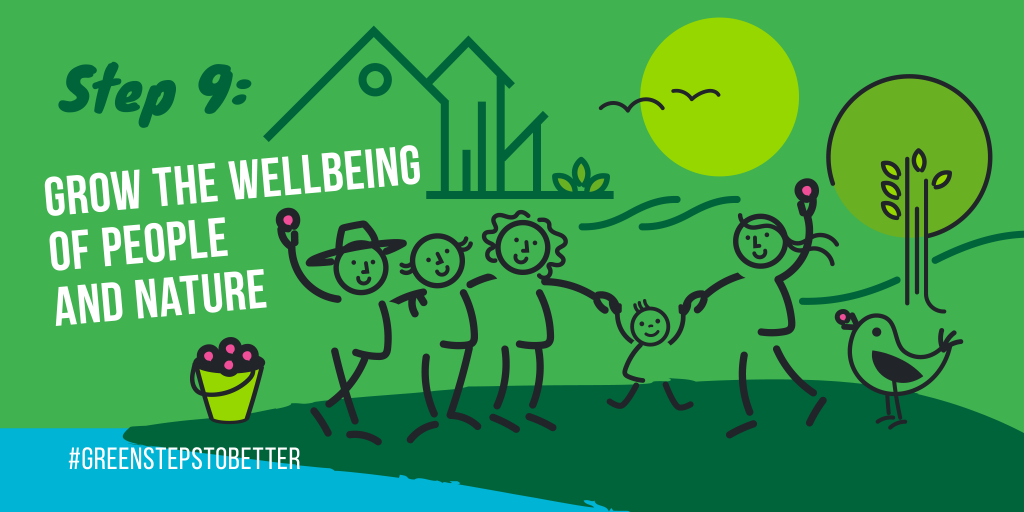 The Government’s response to Covid-19 has largely prioritised public health and wellbeing over economic growth. That’s the right thing to do. Not only now, but as we move beyond the pandemic.
But Covid-19 has exposed fundamental failings of the current economic model. Many of the most important workers are paid the least; millions of UK citizens experience severe financial insecurity, economic inequality, and food poverty; public services have been left threadbare after 10 years of austerity; local economies have been hollowed out leaving them vulnerable to shocks. On top of this, the climate and biodiversity crises accelerating even faster than feared.
We have known for some time that the pursuit of infinite economic growth on a planet of finite resources will lead to disastrous social and ecological consequences. Yet it remains at the core of how most governments run their economies.

That must now change. With economic forecasts suggesting economic growth will be slow or non-existent anyway, we need a new economic approach that doesn’t depend on a harmful obsession with GDP growth to ensure everyone has the food, housing, health care, community and income they need.
Now’s the time for the Government to choose an economic model that’s better than growth: a wellbeing economy that’s designed to directly prioritise what matters the most: public health, community resilience, equality and inclusion, affordable housing, renewable energy and environmental regeneration.
The movement to ditch GDP growth as an economic objective and replace it with wellbeing indicators is blossoming. The Wellbeing Economy Governments (WEGo) initiative is one example. Another is the City of Amsterdam’s decision to adopt Doughnut Economics to guide decision-making through and beyond the pandemic. The case for dethroning growth is overwhelming, as recent UK reports and EU studies have shown, and as the All Party Group on Limits to Growth has been championing in parliament.
Even more tellingly, a recent opinion poll indicates the majority of people want the Government to pursue health and wellbeing, ahead of economic growth.
The fate of humans and nature is intertwined and requires us to urgently change course. As a recent warning from leading scientists explained:
“As with the climate and biodiversity crises, recent pandemics are a direct consequence of human activity – particularly our global financial and economic systems, based on a limited paradigm that prizes economic growth at any cost. We have a small window of opportunity, in overcoming the challenges of the current crisis, to avoid sowing the seeds of future ones.”
The Government needs to follow the science and adopt a wellbeing economy approach to guide both its immediate crisis response and green recovery plans. The Treasury should collaborate with other governments already taking steps in the right direction, and announce a formal inquiry into weaning the UK economy off growth dependency as an immediate step.