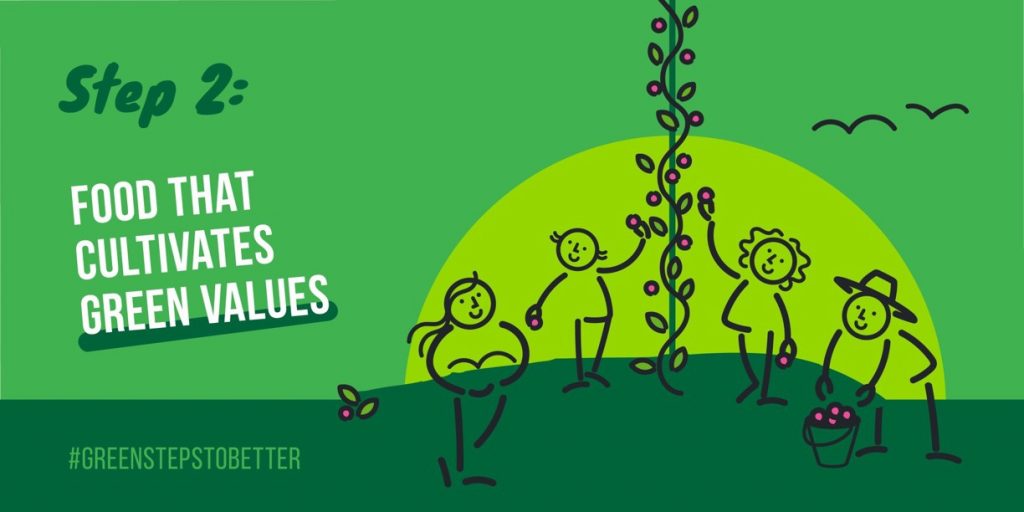 Our current food system is riddled with risks, inequalities and fragilities. Some of these are being exposed and exacerbated by the current pandemic.  Farmers have been forced to pour milk down the drain or plough crops back into the field, whilst supermarket profits have soared yet an estimated 3 million Britons have gone hungry.  Our health system was unprepared for a severe shock, so was our food system.

Everyone’s right to food today must go hand in hand with a shift to a resilient, re-localised and regenerative food and farming system that prioritises public health and sustainability. Just as public health cannot be left to the market, neither can food.

We can already see what that might look like. Everyday there are other stories too – of farmers, communities and businesses doing amazing things to transform their operations and get food to those most in need. These point us towards the first green steps to a better food system. But that won’t happen without government action.

First, Ministers need to heed calls from smaller farmers and food businesses for emergency business support as well as long-term backing.  There’s a need for new funding for local food networks too, in both the short and long term, with a focus on supporting the widespread adoption of agro-ecological production as the norm in the UK.

Second, the school food voucher scheme in England must be urgently fixed or ditched. It should include not only all supermarkets or local shops, but markets and community food organisations too. And it should cover the summer holidays. If the centralised scheme doesn’t work, schools and local authorities should have the powers and funds they need to do what’s best in their own areas.

We also need a refocussed Agriculture Bill as well as a National Food Strategy, both of which must incorporate the lessons of the current crisis.

There’s nothing secure about a food system that ignores the links between human, animal and ecological health. Taking a local to global perspective on both sustainability and resilience, top priorities should include a transition to agro-ecological farming and putting the right to food into UK law.